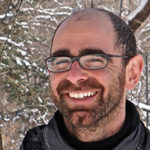 Confirm assistance with an email to info@dimmons.net

(Important: the session will be in English)

Mayo Fuster will make an introduction to the collaborative economy and its various models, as well as introducing the Col·lacy research project to build a holistic framework of collaborative economy to understand its value and to gauge its impacts, which will be applied empirically in Barcelona throughout 2017 .

Guido Smorto will analyze the current state of regulation and the legal framework of collaborative economy in Europe, and how legal norms play a key role in the ability to successfully design and implement collaborative economy platforms. In this context, the European Union is called to legislate and regulate a market that increasingly influences the lives of citizens.

May Fuster Morell is Dimmons research director on the collaborative economy at the IN3-UOC. In addition, she is an affiliated professor at the Berkman Center for Internet and Society at Harvard University, and at the Institute of Government and Public Policy at the Autonomous University of Barcelona (IGOPnet). She is an expert in the governance of peer production based on common and public policies in the field of collaborative economy, and has numerous publications in the field. She is the principal researcher at the UOC for Col·lacy research project, the European projects DECODE and P2Pvalue.

Guido Smorto’s work focuses on the regulation of peer-to-peer markets in the European Union and on the impact of collaborative economy on cities. In addition to research papers and non-academic articles, he has produced a report on these issues on behalf of the European Commission, and soon his research paper will be published for the European Parliament and his contribution to the resolution on the collaborative economy from this organism. In addition to the UOC, he has conducted research stays in the United States (Fordham School of Law), Japan (Nagoya University) and in Brazil (Università Oeste de Santa Catarina).

Some related articles and publications:

Smorto, G. (2017) The Rules of the Game of Platform Cooperativism. CCCB Lab http://lab.cccb.org/en/rules-game-platform-cooperativism/