(After the seminar, we will have pizzas at the Olimpic chanel garden!)

Please confirm your assistance sending an email to info@dimmons.net

The session will be in English

Under the umbrella of Col·lacy DECODE project, Dimmons hosts this second seminar about Blockchain, DAOs, commons-based communities and platform cooperativism.

Blockchain is an emerging technology which sustains on the decentralization of the data and new ways of trust, exchange, organization, production and, in general, new economies. What are the horizons related with collaborative economies and peer-based production through a not-so-far futures scenarios using Blockchain? What could DAO (Decentralized Autonomous Organizations), platform cooperatives and commons-based communities learn one from each other, in terms of governance?

“Governance and technology of collaborative economy: An intersection of DAOs, Commons-based communities and Platform-coops” 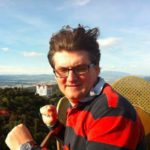 Jordi Baylina is one of the most renowned Ethereum developers in the world. He has an extensive hands-on knowledge in the design and development of Blockchain applications and infrastructure. He has collaborated on the development of the Liquid Democracy Smart Group Contracts. He also has collaborated with the Ethereum Foundation. He has been developing Smart Contracts for several projects, such as Token Creation. His MiniMe Token has been recently adopted by Swarm City. Jordi holds a Masters of Business Administration from IESE Business School and a Telecommunications Engineer’s Degree from Universitat Politècnica de Catalunya. 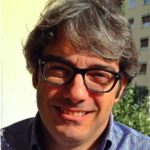 Marc Rocas is currently Associate Professor in Strategic Management at University of Barcelona, and Study Abroad Program’s Professor at Fundació Universitat Autònoma de Barcelona. His current research interests are the Sharing Economy, the Blockchain, and their related systems of governance. He has previously researched about Cultural Intelligence and Cross-Cultural Management, fields in which he has recently published a book chapter about Cultural Intelligence and Creativity. He holds a Master’s Degree in the Information and Knowledge Society and a Telecommunications Engineer’s Degree, among others. 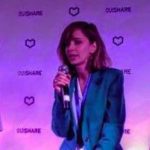 Lawyer and member of the Bar Association of Barcelona, passionate about law and advocacy, as well as technology and innovation. Founder and CEO of Starting Legal a platform that automatize the creation of legal contracts for entrepreneurs, accelerators, and investors. Lead chapter of Barcelona Legal Hackers, a worldwide movement of lawyers, academics, and techies that trought hackhathons, Jams and pannel discussion try to find creative solutions to problems on the intersection between law and technology. Blockchain enthusiast 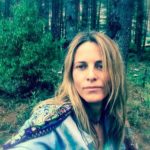 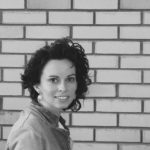 After the first years of professional experience in various fields such as export management, logistics, consulting, business development and corporate social responsibility I decided to quit my corporate job and start a new career in the new economy field.  Since then I’ve been involved in several projects ranging from social entrepreneurship to a think tank of the new economy and, currently, the social movement, the Economy for the Common Good.

Distributed governance models are one of my main areas of interest and I’m currently exploring hybrid governance models between platform coops and open participatory networks together with Ana Manzanedo through a Fellowship with the Institute for the Future. 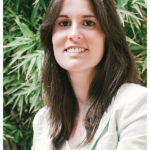 Ana Manzanedo is a governance and community conector at Ouishare. She is currently exploring hybrid governance models between platform coops and open participatory networks within the context of a fellowship by Institute for the Future.

He is a researcher at Technopolitics, a project of the CN&SC group at IN3-UOC. He is currently involved in Decidim.barcelona and DECODE. He holds Masters in Sociology, Political Science and Philosophy, with a focus on science and technology. He has been Fulbright scholar at CSPO/ASU, an is currently a PhD candidate at the University of Exeter. 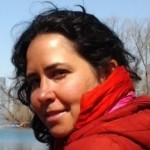 Dimmons director of research on collaborative economy at the Internet Interdisciplinary Institute of the Open University of Catalonia. Additionally, she is faculty affiliated at the Berkman Center for Internet and Society at Harvard University, and at Institute of Govern and Public Policies at Autonomous University of Barcelona (IGOPnet). 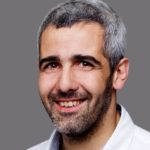 PhD candidate in the Program of the Information Society and Knowledge at the Internet Interdisciplinary Institute (IN3) at the Open University of Catalonia (UOC) with the research project «Self-consumption in the era of Network Society. The role of ICT in collaborative consumption of agricultural products», directed by Ismael Peña-López.

How to arrive at IN3 UOC: