DESCRIPTION OF THE PROJECT: 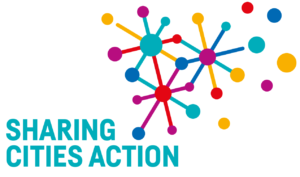 Dimmons Research Group is coordinator along with the Barcelona City Council of the Sharing Cities Action. The project began with the hosting of the 3rd Sharing Cities Summit in 2018, after the editions in Amsterdam (2016) and New York City (2017). Nearly 50 cities gathered together and the Declaration of Common Principles and Commitments for Sharing Cities was launched. Following this summit, Barcelona committed to create the Sharing Cities Task Force, as a network of global cities with the aim to tackle the challenges and leverage the opportunities of the platform economy.

In 2019 the cities have renewed their willingness to collaborate and define together an Action Plan for 2020 while participating in the Sharing Cities Action Encounter 2019. In 2020 the city of Seoul will take over from Barcelona, New York City and Amsterdam, and will support the program of collaborations between cities, as well as, to organize the next Sharing Cities Summit 2020.

This task force office is a joint collaboration between Barcelona City Council and Dimmons-UOC, and it is meant for all the participant cities of the Sharing Cities Summits, as well as for any city interested on these topics.

KEY GOALS OF THE PROJECT:

Sharing Cities Summit 2018 gathered nearly 50 cities from around the world to work on the Declaration of Common Principles and Commitments for Sharing Cities. Following this, the Sharing Cities Action was implemented between cities to ensure city sovereignty, to promote socio-economic development, to collaborate in the negotiation of regulation and negotiation with platforms, to defend and adapt labour and digital rights, public innovation, criteria for platforms differentiation and the promotion of platforms with positive impact, among others. With the aim to maintain the global collaboration, on 2019 the sharing cities ecosystem was called again to work on an Action Plan to tackle the challenges and opportunities of platform economy.

The series started with “An Overview of Public Policies of the Sharing Economy by Cities”: the report analyses cities’ conceptions and approaches regarding sharing economy definition, its challenges and opportunities, and criteria used to differentiate platforms. Afterwards, it goes on to provide a descriptive analysis of cities’ main goals and policy interventions.

You can check the public impact of the Sharing Cities Action project trough this link.